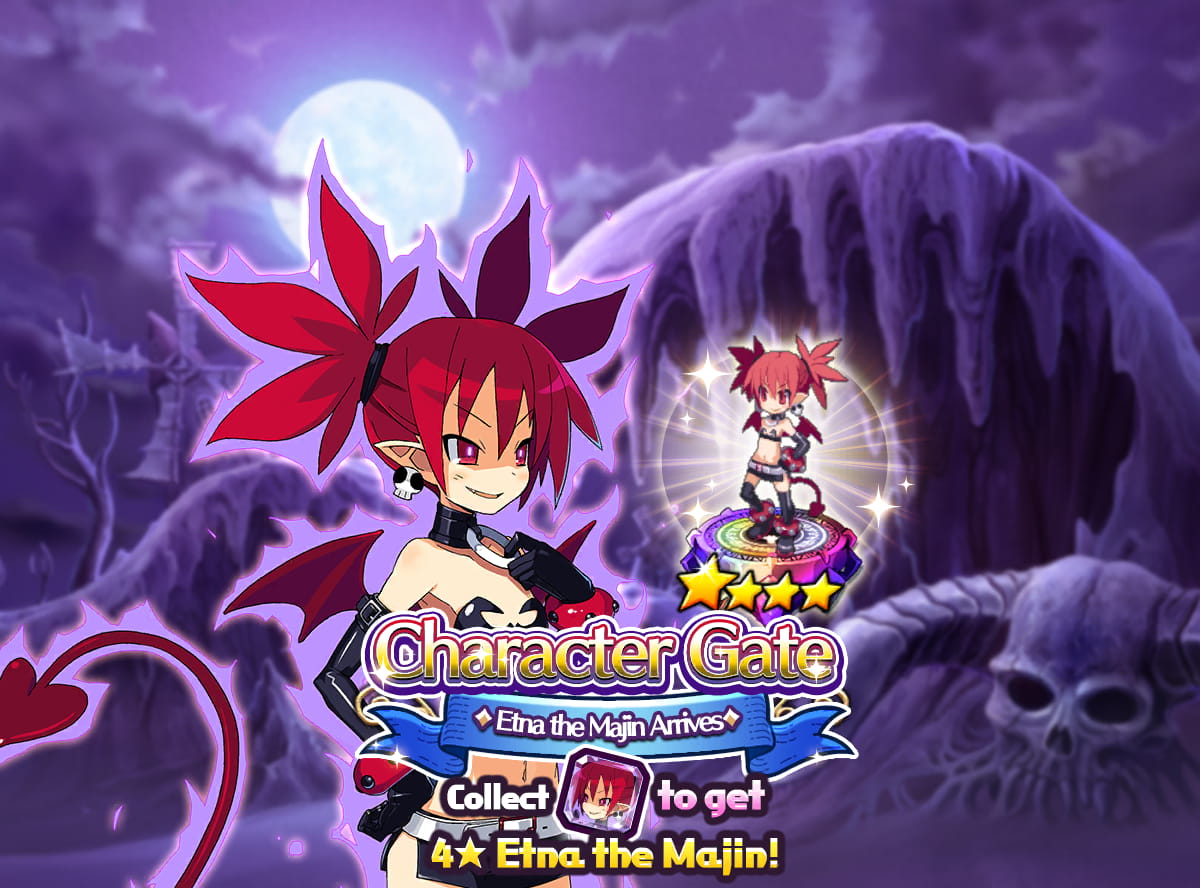 The character gate, Majin Etna Arrives, appears only for a limited time in Disgaea RPG. Collect Majin Etna fragments after completing the stage to earn 4-stars and receive Majin Etna.

During this character gate event, you should keep in mind of the following:

Etna uses “Sleep +” in the first strike, starting the battle.

Blue Prinny and Majin Etna behave depending on the buff and debuff conditions, and there are two types of behaviors that need special attention:

If you use “Giga Cooldown +” and “Giga Shield +” in succession, the damage dealt will be 0 and it will be difficult to clear, so it is prohibited to use the corresponding technique.

To use ATK buffs and DEF debuffs, either clear the blue prinny first, or use an ATK buff such as Brave Heart.